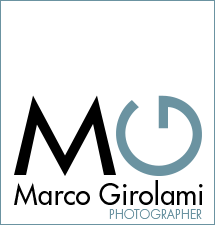 Marco Girolami is an International photographer, born in Rome.
He began his career at an early age as an assistant director in film, where he studied and learned various filming techniques.
Realizing his passion for photography, he began photographing people and contemporary life, which had a strong narrative quality.
His early images were characterized by a preference for black and white film, which continues to show in a large body of his work.
In 1987, he began collaborating with major advertising agencies in Italy and abroad.
For the past years, he has spent time working between Rome, Milan, London, Paris and New York. Among the many personalities he has photographed include, Spike Lee, Rob Lowe, Brooke Shields, Ray Liotta, Pedro Almodovar, Roy Scheider. Roberto Capucci, Pierpaolo Piccioli, Alessandro Michele etc…
He currently lives in Rome and continues to shoot fashion, advertising campaigns, celebrity portraits, commercial media, fine art pictures and video clips.